On August 13-14, 2022, the Brateevsky Cascade Park in Moscow will host the international fireworks festival for the seventh time! This year’s Rostec International Fireworks Festival will be dedicated to folk art and the intangible cultural heritage of the peoples of Russia.

This significant cultural event has already become the hallmark of the capital. More than 700 thousand people annually became spectators of the pyrotechnic show both on the territory of Brateevsky Park, and as part of the online broadcast. Therefore, many of us were eagerly waiting for the festival to be able to return in a full-fledged format. This year, in addition to the competition between pyrotechnic teams from Latin America, Europe and Asia, guests will enjoy performances by famous musicians and an evening colorful theatrical show.

For the convenience of the audience, the performances will be broadcast from different angles on projection screens installed in the waters of the Moskva River. During the first part of the performance, the fireworks masters will create a pyrotechnic composition to the music associated with the culture of Russia, and during the second part, they will make a presentation of the national characteristics of their native country.

The SuperFireworks Company team will surely tell you about the results of the competition and share the best photos and videos of the upcoming festival! Stay tuned! 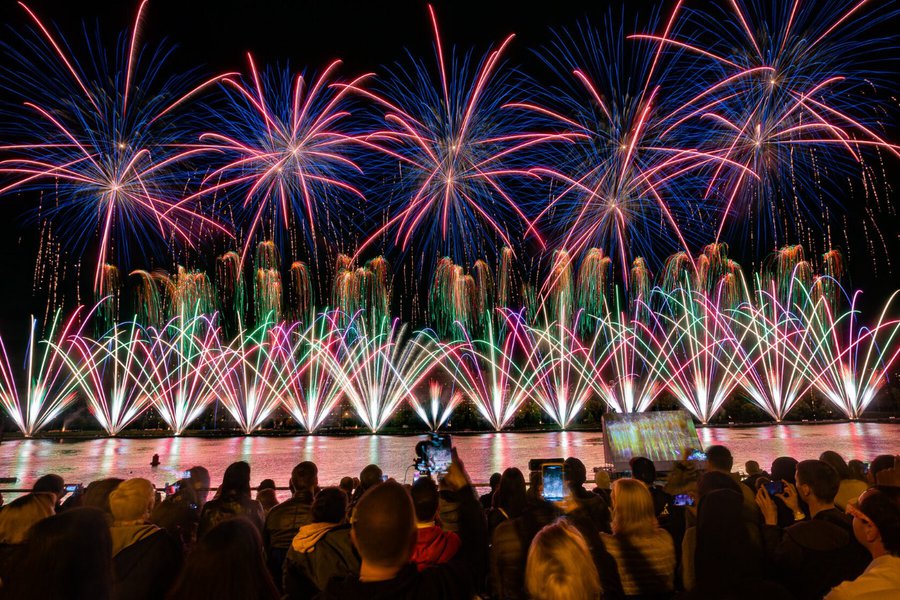