FIVE AMAZING FIREWORKS FESTIVALS FROM ALL OVER THE WORLD

Team of ozozon.com portal continues to introduce its readers to the wonderful world of pyrotechnics. Today we're going to tell you about five outstanding fireworks festivals, where anyone can become a spectator.

There are several events in Thailand, dedivated to the launch in the sky of fireworks. The history of the May Festival which is timed to the begining of planting season is rooted in the history of Thailand. Since ancient time, before people begin agricultural activities, they tried to appease the God of Rain, and to rest good before the difficult summer season at the same time.

Despite of modern technologies, original ritual is still alive and Thais refer to it in all seriousness: they prepare special rockets beforehand, length of it can exceed 10 meters, they divide by teams and wait for the treasured day. During the even, which lasts two days in the park of Yasotkhon city, inhabitants are having fun, dancing, oranize theatrial performances and, of course, launch fireworks in the sky, hoping that their shells will rise above the rest.

In addition, there is more traditional festival without any religous background in Thailand. This festival will take place at the end of the year (November 30 - December 1) on the coast of the resort town of Pattaya. Participation in the even has already been confirmed by Canada, USA, Singapore and China, and it's planning that firewoks will be launched from a platform in the middle of the bay.

Fireworks Festival in Seoul - one of the biggest even in the world of pyrotechnic world, affecting its scope. Millions of tourists every year come in the capital of South Korea to evaluate works of masters of the world. Each october the best pyrotechnic teams are gathered on Yoido island and demonstrating to spectators excellent show, not forgeting to surprise viewers with the new inventions. Just imagine - during each performance about 10 thousand fireworks exploding in the air, and the total number of projectiles launched in the sky during the whole festival is more than 50 thousand. So if you're going to visit the even this year, don't forget to take your camera with you and take a comfortable place.

Residents of the United Kingdom are not strangers to celebratory fire shows. Some of the most famous fireworks holidays is considered to be the legendary Guy Fawkes Night - an event to commemorate about the failed Gunpowder Plot in 1605, when group of catholics which led by an English nobleman Guy Fox in the night of 4 to 5 November had tried to blow up the British Parliament. Tonight throughout the UK inhabitants get together, having fun, burning effigies of the rebels and, of course, launching fireworks into the air.

By the way, this is not the only fireworks festival, which takes place in the UK. Not less significant event in the life of the British people - the Fireworks Holiday, which finish annual open arts festival on the Thames river. Pyrotechnics are launched from two barges that move straight on the river. Despite that the show lasts only about 10 minutes, people speak about it as incredibly colorful and fascinating event.

Speaking of fireworks festival, we can't avoid Japan - a country where it is special treating to fireworks. The fact is the Japanese since ancient times arrange fire shows that are considered to be a separate part of the culture. Secrets of fireworks are transmitted from generation to generation, and the profession of pyrotechnists has widespread respect. The Japanese love to run their Khanab "fire flowers". Judge for yourself, just in the summer there take place more than 200 relevant festivals in the country.

But the main event is considered to be pyrotechnic Tokyo festival, which takes place on the banks of the Sumida River every last Saturday of July. Thousands of local residents wear traditional Japanese kimono and go to watch the show, which were prepared by the best Japanese masters of their craft. During the celebration about 20 thousand shells exploding in the air.

Residents sunny Spain is also no stranger to fireworks parades. The oldest and well-known event is considered to be the Blanes International Festival, which take place in a picturesque town Blanes in the northeast of the country. If to believe the city archives, the history of the local festival begins in 1906. And in the 70s of the last century, the municipal government of Blanes organized the annual festival, the fame of which go out of the country borders and now attracts thousands of tourists from around the world.

Festival begins in end of July and usually lasts about a week. International pyrotechnics teams launch its fireworks from the cliff La Palomera, which is located near the city. Of course, most of viewers are trying to take place on the beach and on the surrounding cliffs, however organizers of the festival assures that the fire show can be enjoyed people from all the nearby coast. Beside that, if desired, you can try to get on one of the walking boats and watch for the holiday right from the sea.

Portal ozozon.com gladly advise you any of these events and share photo report from some of them. 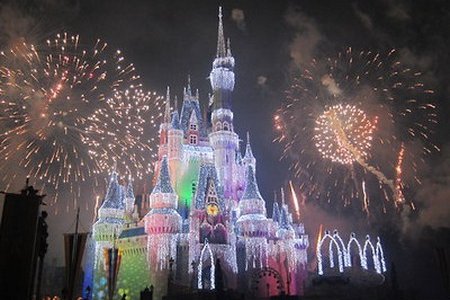 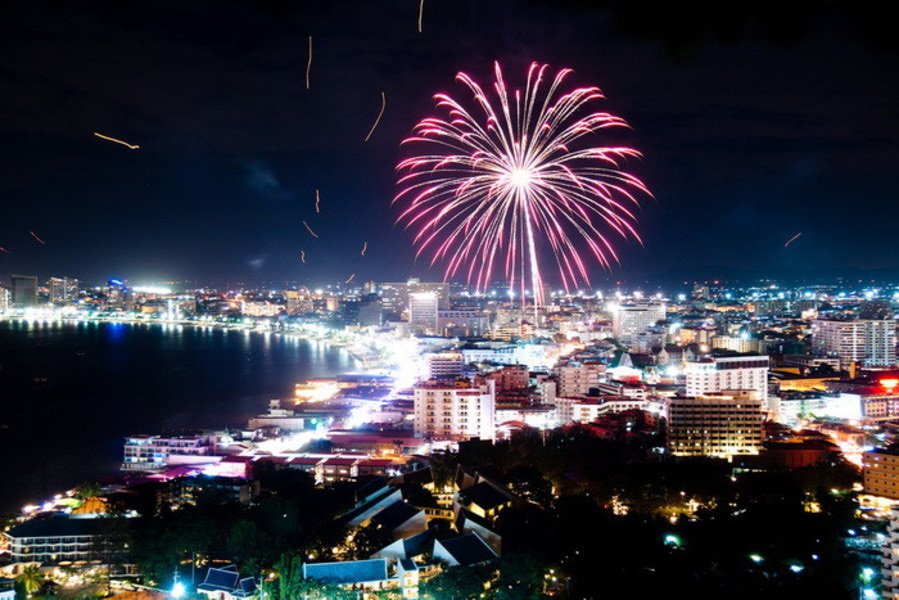 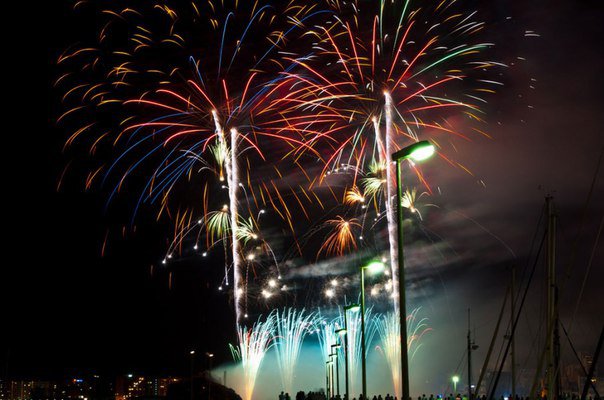 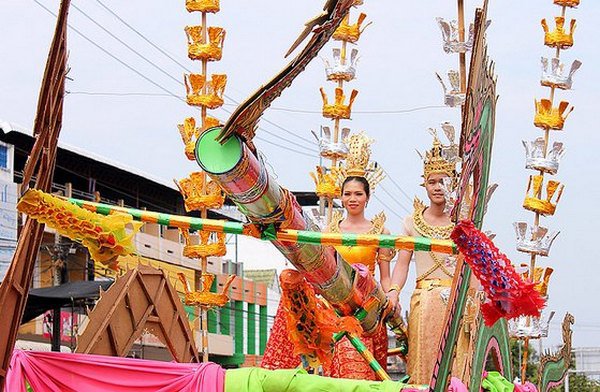 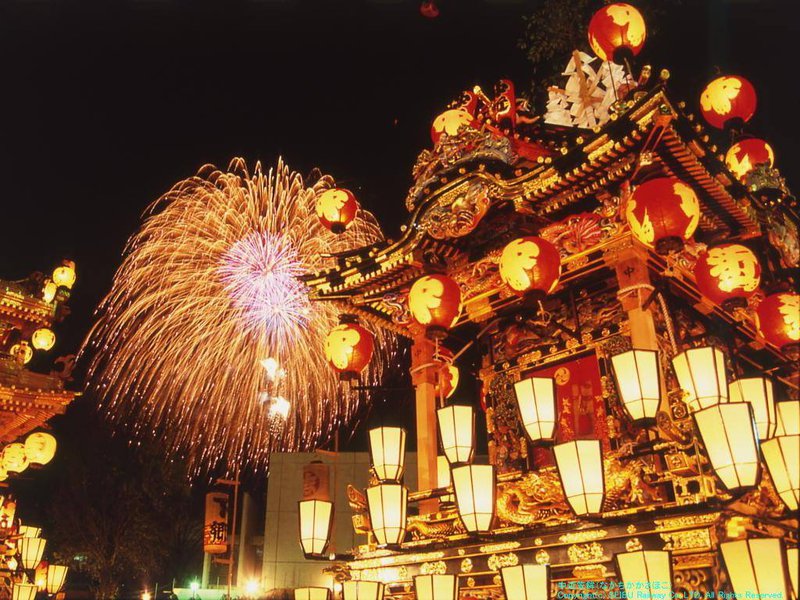 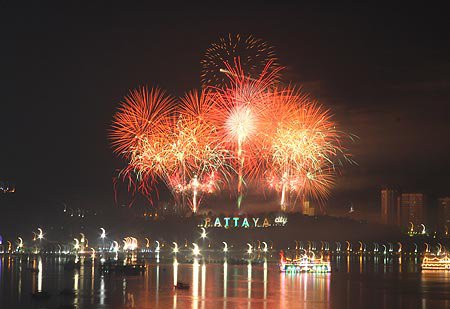 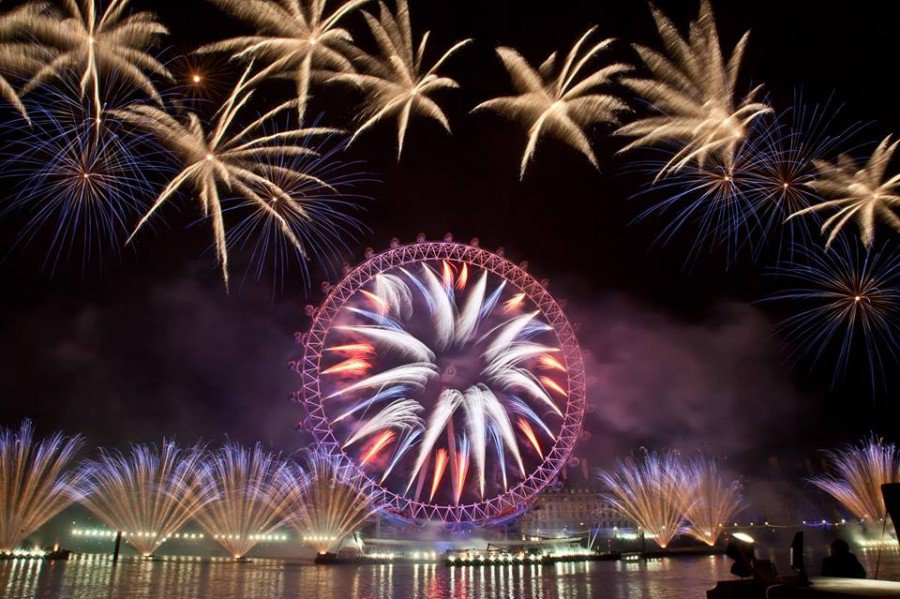 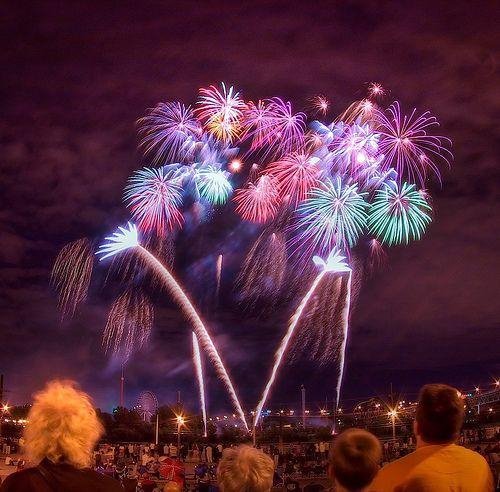 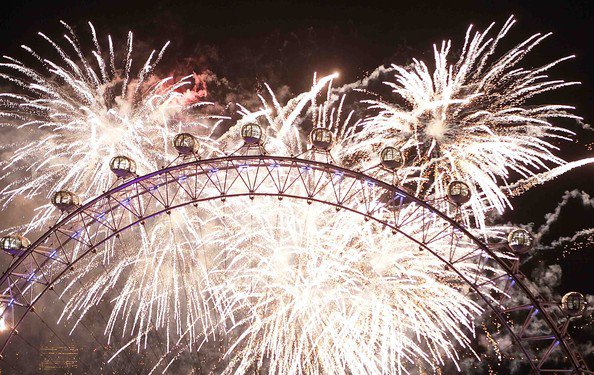 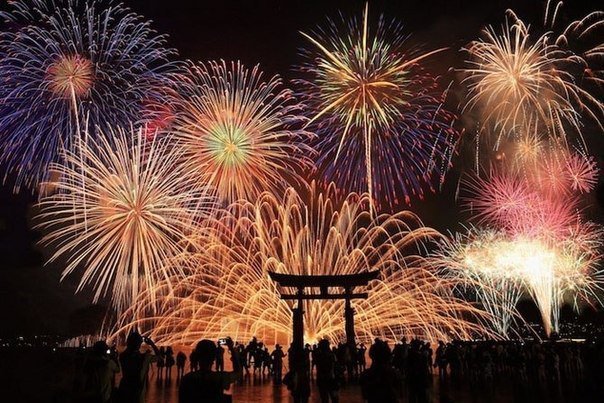