World Championship of Fireworks for the second time in Kaliningrad fireworks

The young but already large-scale the World Championship of Fireworks 2017 will take place in this fall on the Baltic Sea shore in Zelenogradsk, Kaliningrad Region, the westernmost regions of Russia.

The local authorities will organize "the World Championship of Fireworks for the second time in Kaliningrad fireworks Centre "Khan", in which the whole 8 teams from the countries of Europe and Asia will participate and bring the impressive pyropieces of music. The spectators and jury will enjoy and judge the skill of "Macedo's Pirotecnia", the Portuguese 80-year company, and "Pirotecnia Vulcano S.L." from Madrid, Spain, young Dutch team of "Royal Fireworks" and the Croatian team "Mirnovec Pirotehnika", experts of "Enigma Fireworks" from Bulgaria and "Pyro Power" from Latvia and also work of pyroartists of "Privatex-Pyro" from Slovakia and representatives of Kazakhstan - the versatile company "Nomad Art Multimedia".

The championship will start on every Saturday since September 2. There will be 2 teams competing at 22:00 and 22:40 with 10 minutes of continuous fireworks show on every Saturday. At 22:00 on September 30, Team Russia as grand-firework by the World Champion 2015 will join in.

The viewing points “Pier” and “Wind Rose” as well as 2,5 km promenade along the Baltic sea shore are prepared for the guests to watch teams’ performances. 12 car parkings are organized for the convenience.The organizer hopes the Championship of Fireworks will become a tradition in Kaliningrad region which will bring colourful impression to all from Russia and other region of the world.

More information of the latest events of fireworks around the world is available in ozozon.com with 100 suppliers of fireworks and 20 000 names of salutes and other pyrotechnic products in directories. 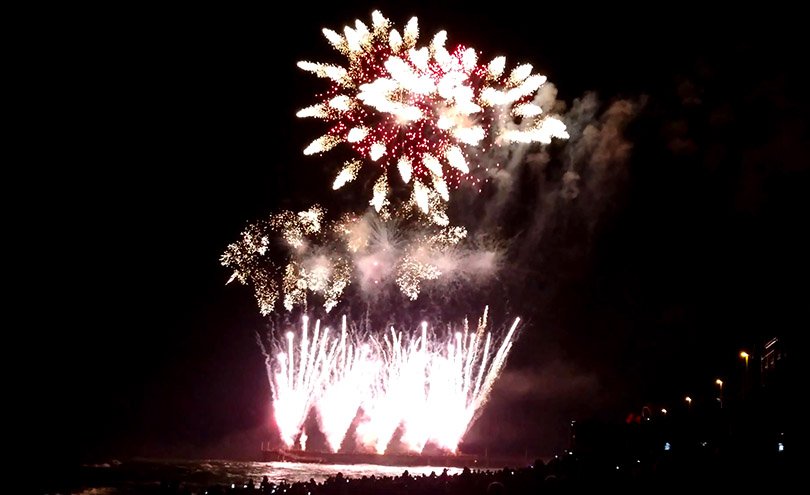