A new journey in life

2017 Red Sails Festival, the yearly Russian traditional holiday for middle school graduates, took place in St. Petersburg on 23rd June. Thousands of graduates, local residents and guests from other countries got together in St. Petersburg and waited for a fantastic performance along the city and Neva Embankment. The organizer brought a fantastic music firework show to celebrate a new journey in life for Russian middle school graduates.

The music firework show was usually held by the best firework company “Orion-Art”in Russia. This year, the firework show continued for 20 minutes, the fireworks which contained more than 50 000 shots shined in the sky simultaneously with the mixed music. People could enjoy the beautiful fireworks show from every angles. "It was an interesting and fascinating work for joining the 20 minutes music firework show. We hope the music show will have a new look to all." The composer Igor Zalivalov said.

SuperFireworks co.,ltd , as a leading international fireworks company  both in Russia and China,  gave a highly praise to the perfect and successful fireworks show . SFW also mentioned  that the show will make the celebrations to a new level and show the Russian culture to the whole world.

At about 0:40 am, the red sailboat appearing in front of the crowds along with the beautiful firework brightening up the sky made the atmosphere to a climax.  A local resident emphasized that the 2017 Red sails festival makes the celebrations to a new level and will show the Russian culture to the whole world.

The pyrotechnic ozozon.com team are also show great concern to the amazing firework show and willing to present the firework show to those who are interested with the best moments. Ozozon.com team will accompany with you for every beautiful fireworks show time. 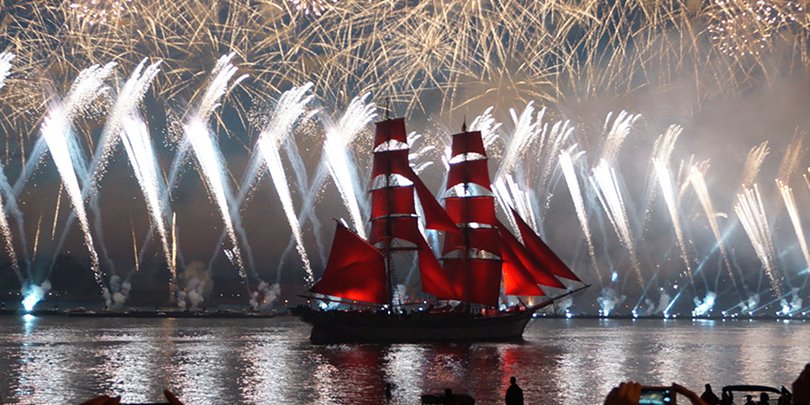