The most surprising fireworks of the world

Team of ozozon.com portal wrote many times about the amazing events from the world of pyrotechnics, and it seems to our already sophisticated reader can’t be surprised in this field. However, we will attempt once again and tell you about the best fireworks of all the world, many of which still haven’t been widely known.

For a start we would like to talk about New Year’s firework on the Harbour Bridge, Sydney.

On New Year's night near the world's longest Bridge of Harbour about half a million people gather to enjoy awesome pyrotechnic spectacle in full measure. The main show begins one minute before midnight and lasts for about twelve minutes. In time with music from the barges standing in the bay, as well as from the roofs of tall buildings, gorgeous shots is shooting out. Theme of pyrotechnic spectacle changes each year, and the preparation lasts about a year and costs for the organizers several million dollars.

Demonstration ends with huge smoky installation in the shape of a ship floating on the bay, which falls into a thousand burning pieces.

The next event, about which we want to tell you, is the dream of all pyrotechnists in the world - Fireworks festival in Montreal.

Every summer the most famous pyrotechnic teams from around the world meet in the entertainment park on the St. Lawrence Island, Montreal, and fight for title of the best pyrotechnic team. Each team presents to the judge of audience thirty-minute program dedicated to one of the pre-selected theme.

Preparation takes about five days. All teams perform in equal conditions. For the expenses of the festival organizers get $70,000, it’s prohibited to exceed this limit. The winners receive awards in the form of bronze, silver and gold Jupiter, as well as they fight for the title of the most professional company in the world.

Not less spectacular fireworks New York pleases us in celebration of Independence Day. 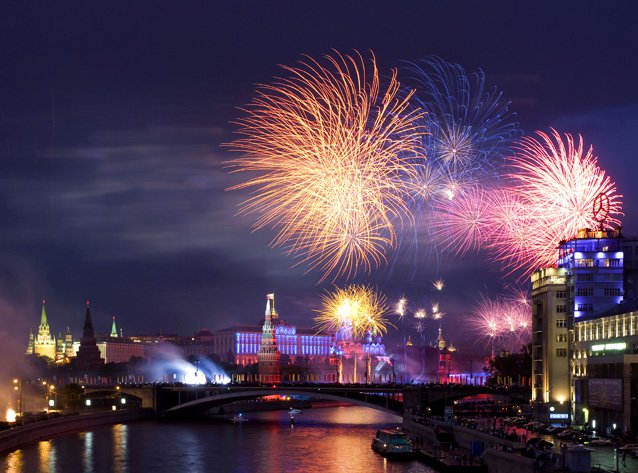 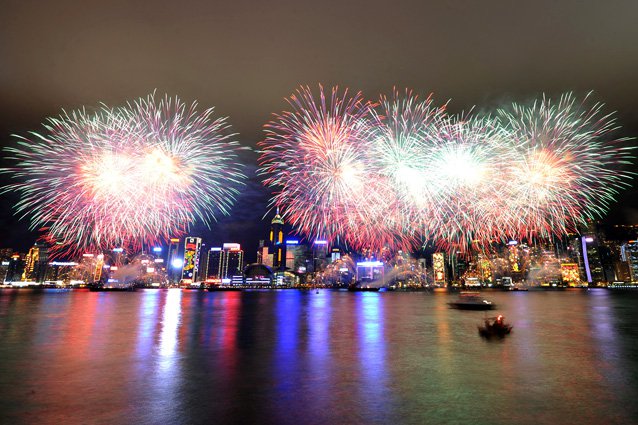 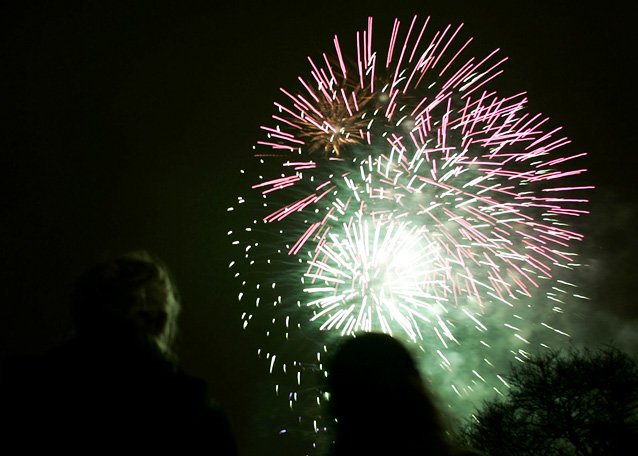 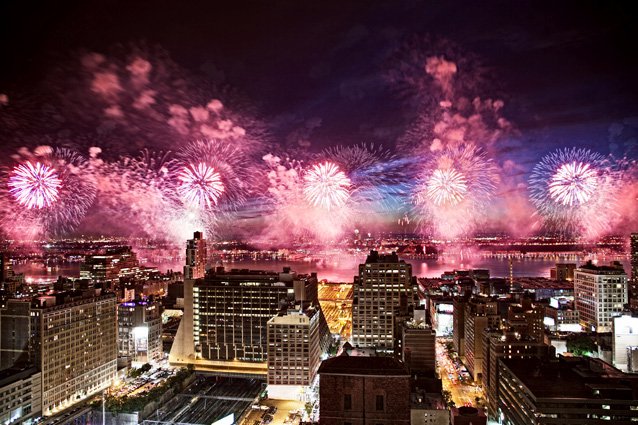 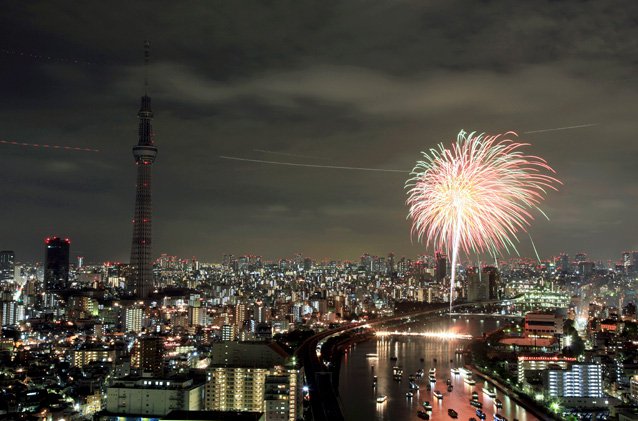 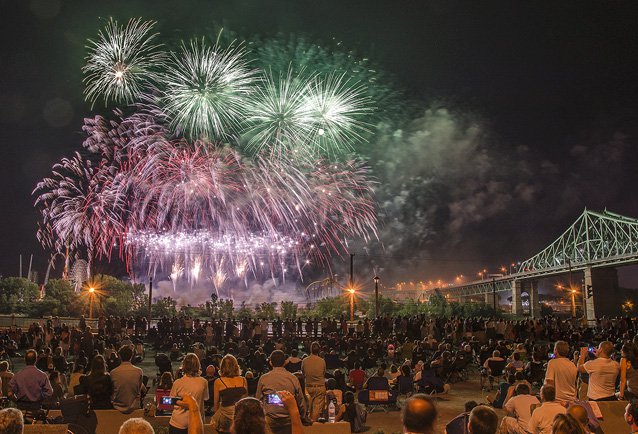 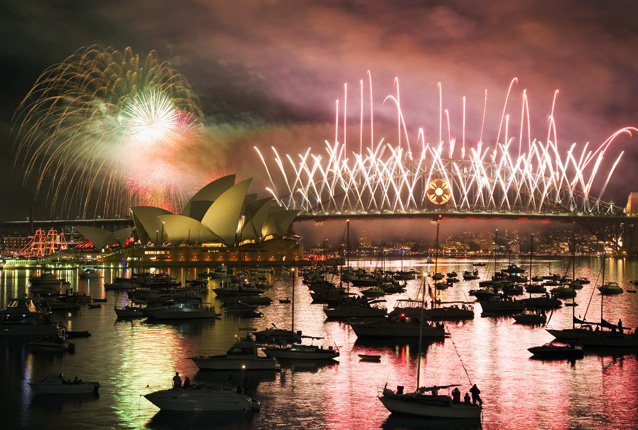