Our next news will be liked by admirers of extreme recreation and entertainment. Diving with sharks, parachuting, mountain climbing – all that requires big efforts and careful preparation, and it is anyway full of many dangers. Hunan Chinese engineers decided to avoid all these nuances and create an attraction that allows everyone to feel like walking in the air, while not risking anything. The opening in the province national park of Glass Bridge has helped to embody the idea to life. “For the brave ones” – as dubbed it the viewers and brave souls who experienced it themselves.

The bridge is located over the Pinhão valley, between two mountain peaks. The construction length is more than 300 meters, and height at which the bridge is situated is more than 180 meters. Construction is able to withstand changes in temperature above 60 degrees Celsius and wind exceeded 220 meters per second. Interesting to note that the bridge was completely wooden before, but for attracting tourists, the park management decided to replace the wood in the glass. Engineers affirm that the bridge is absolutely safe even for jumping on it, because the glass thickness is 24 mm, but however, there is nobody to test this statement.

Tourists are strongly recommended to walk only in shoe covers, because it’s almost impossible to find cleaners that could support the bridge in the constant state of cleanness. Also specially trained people always help tourists to pass through the bridge in the case of panic, fear or any other moral issues.

The team ozozon.com thinks, that one more true masterpiece of architecture has opened in the world and applauds engineers for their creativity and boldness. 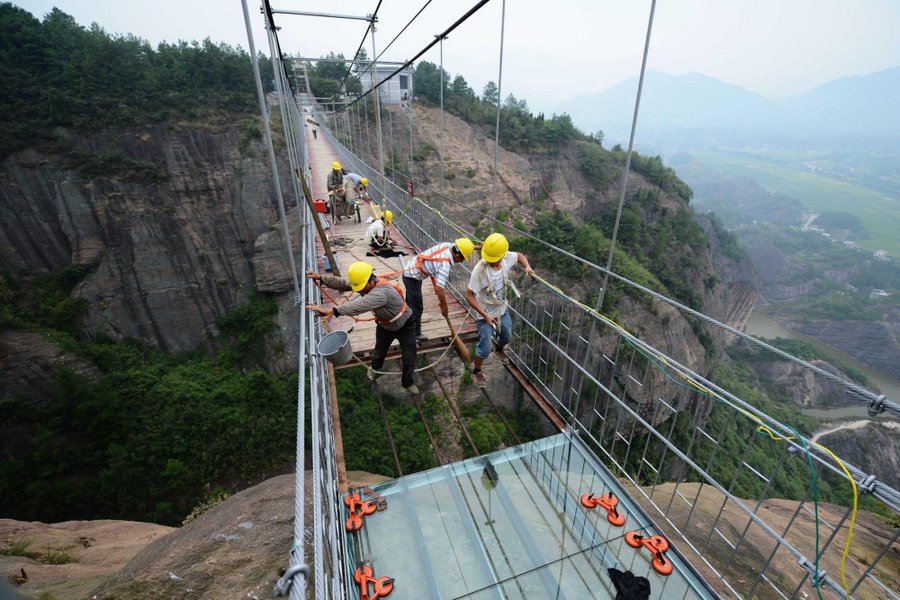 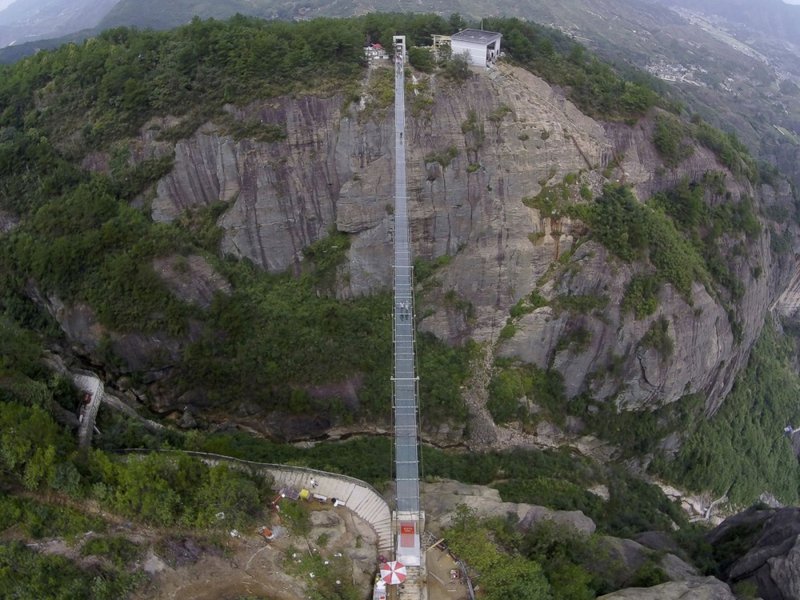 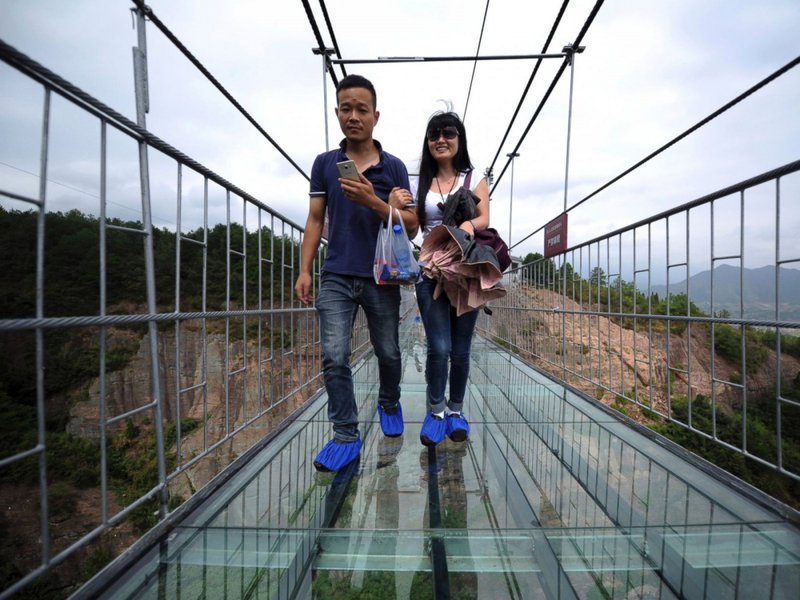 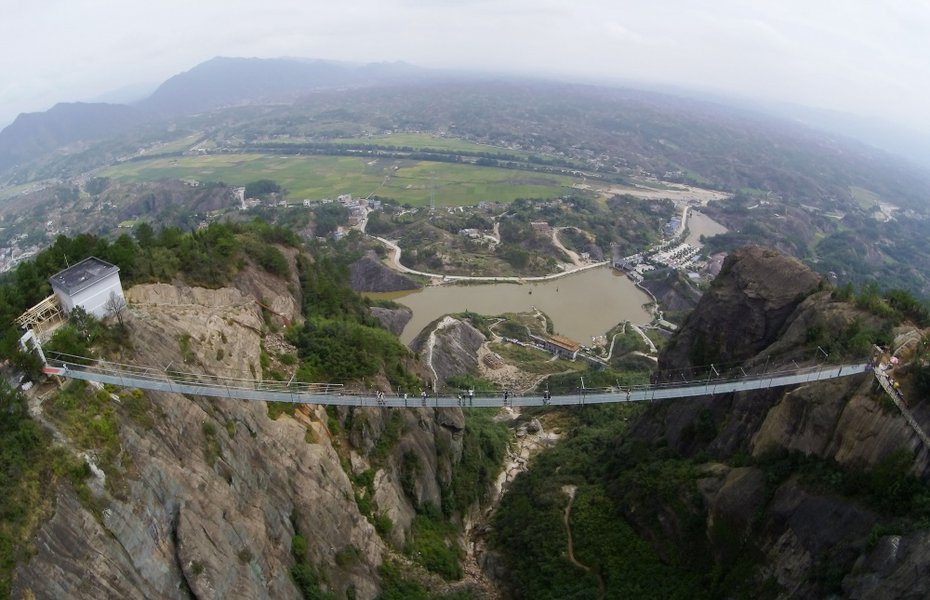