China has always been a country that embodying in reality all that recently seemed to us impossible. So what can surprise somebody in 21th century? The century of robots inventions, unmanned vehicles and space discoveries. That would seem that everything is invented and made, but, Chinese artist Cai Guoqiang doesn’t think like that. This time the most “fire” master in the world has made a new kind of fireworks, that has shook the whole world. Video with his masterpiece has gained more than a million views.

In the village Tsyuanchzhou, Fujian province, in 4:49 a.m., a helium balloon raised to the sky a large fire staircase of five hundred meters long. Blazing performance hang in the sky about 2 minutes. It was dedicated to the birthday of the artist’s grandmother, who turned 100 years old.

It wasn’t the first attempt of Cai Guoqiang to introduce viewers to its majestic invention. For the first time the artist tried to run the “stairway to heaven” in 1994. After that there were attempts in 2001 and 2012, however, no one of them succeeded.

The artist is famous by his performances using gunpowder and other explosives. For example, in the period when he was living in Japan, he got popularity for his “projects for aliens”. These projects were named by admired viewers and lovers of his work. One of the famous works is called “project for aliens number 10: extension of the Great Chinese Wall in the 10,000 meters”. Fire Wall created in the desert, 15 minutes was increasing Chinese Wall at 10 kilometers in length.

Cai Guoqiang now lives in New-York, and exhibitions of his works are carried out by the most famous platforms, among which such museums as the Metropolitan and the Guggenheim museum in New-York.

The team of ozozon.com portal is proud to be living in the same time with such great people and getting to know them to their readers. 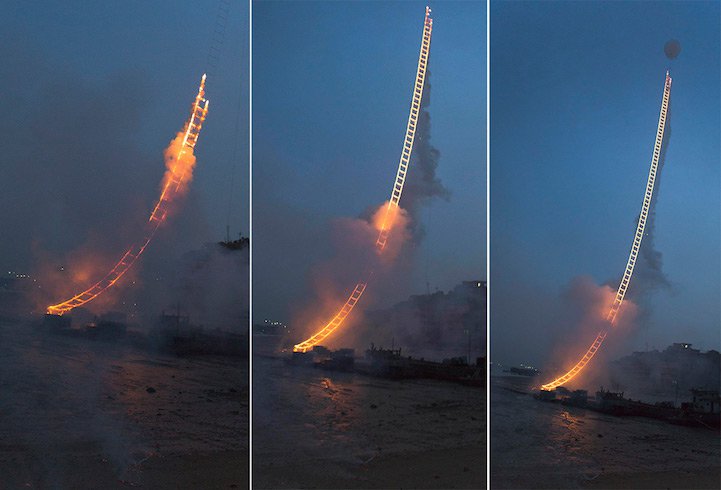 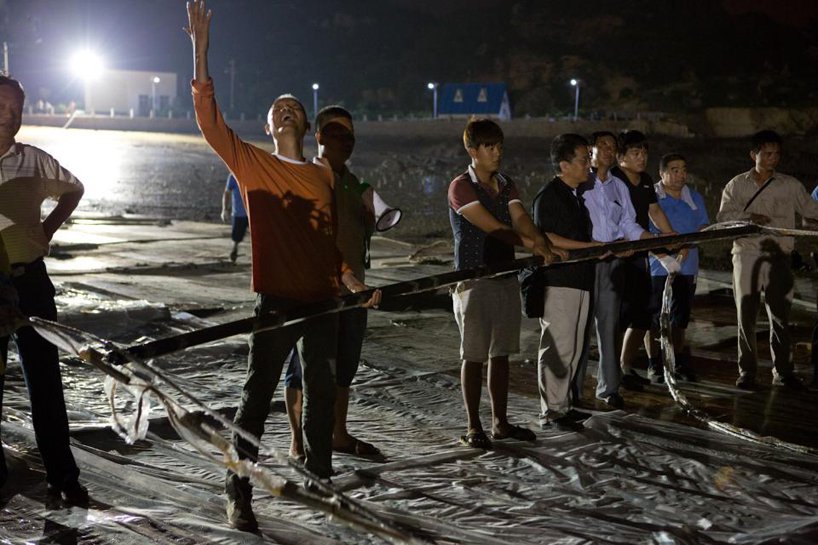 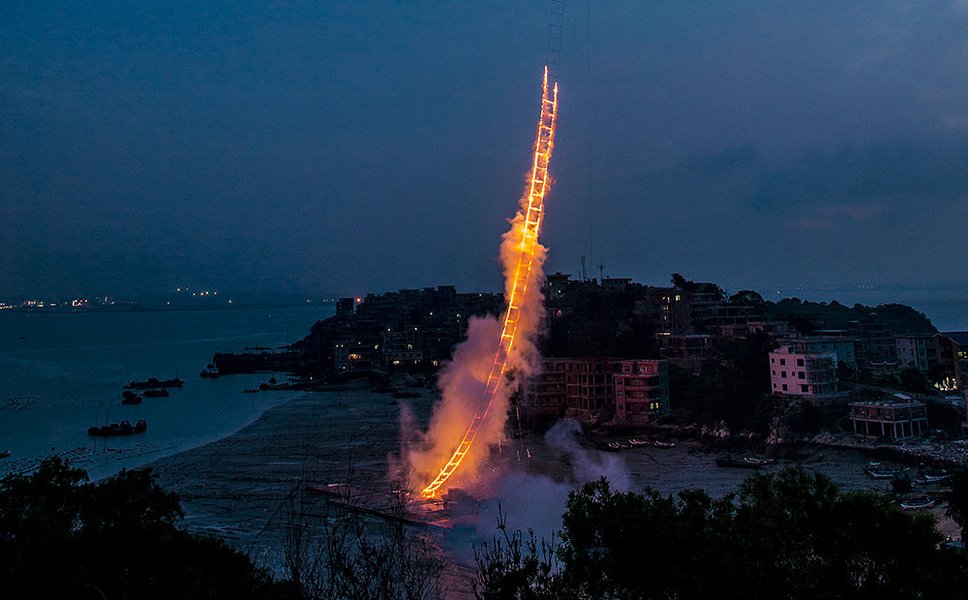 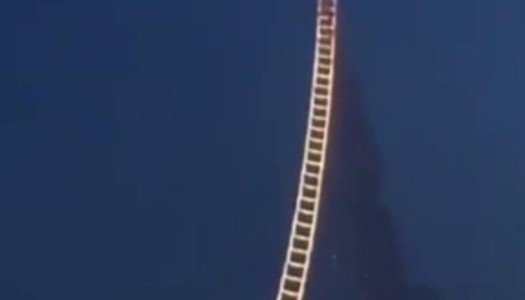 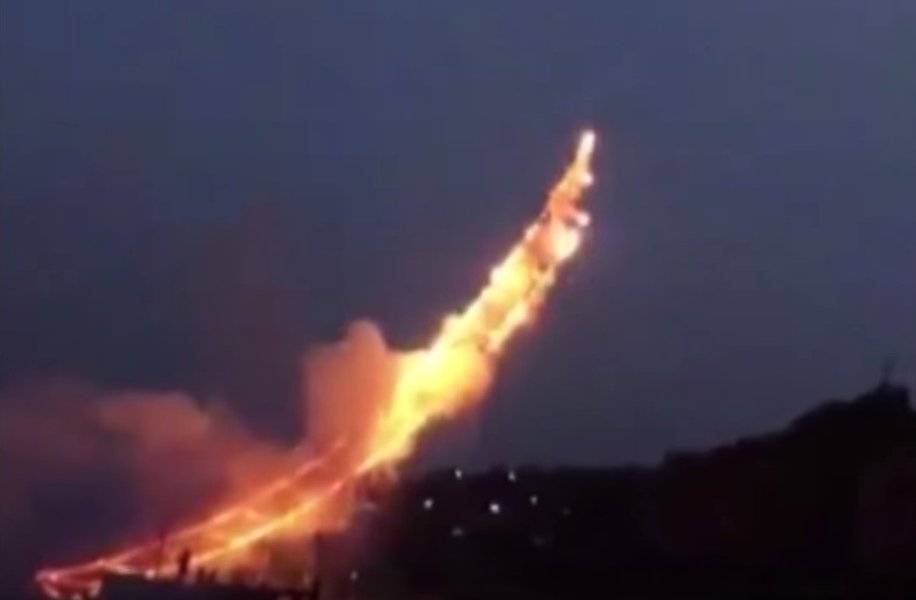